Skip to content
You are here
Home > Articles > Will Lil’ Scrappy finally become the hip hop king of Atlanta? 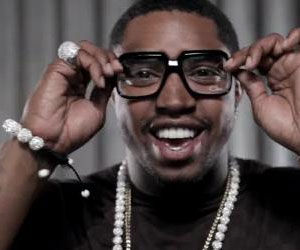 Through “Love & Hip Hop Atlanta,” the world has gotten to know Lil’ Scrappy on a more personal level. For close to a decade, Lil’ Scrappy has been having his impact on the hip hop world. When Lil Jon took over the rap game with his Crunk movement, he introduced his group, Trillville.

With Young Buck being his primary G-Unit connection, Lil’ Scrappy moved away from 50 Cent and company after Young Buck’s issues went public. Lil’ Scrappy linked up with Ludacris’ DTP label, leaving two years ago and now finds himself with matters in his own hands. Since going completely solo, Lil’ Scrappy has a starring role on a popular reality show on VH1 and has enjoyed more media success than he has in recent years.

There has been a major transition in Atlanta, with T.I., Ludacris, and Young Jeezy taking backseats to guys such as 2 Chainz, Ca$h Out, Future, and Alley Boy, among a host of others. While each of those artists have enjoyed success, Lil’ Scrappy has had more overall commercial success over more years than those. Still relatively young, Lil’ Scrappy has a chance to finally take his role as the top rapper on the Atlanta hip hop scene.

Though everything is in place, will things play out as Lil’ Scrappy and company expect?