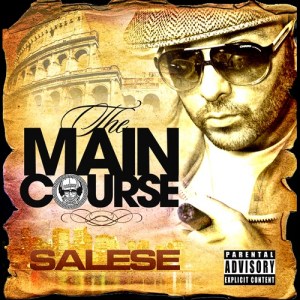 In this post-Jay-Z New York City hip hop scene, numerous rappers have had big breaks, few have enjoyed longevity. However, New York City is back and there is no denying it. Rappers like Salese are making sure the Big Apple is more than back, he is making sure New York City is here to stay, only right due to being hip hop’s birthplace.

Earlier this week, Salese delivered his street album, The Main Course. Not only does the project feature top-notch lyrics from Salese, it does what few releases from the new artists in New York City does, feature other New York rappers. From the known to the unknown, Salese has them on The Main Course and they all deliver.

Salese features such big New York names as Torch, Ron Browz, A-Mafia, and Fred the Godson, along with the likes of Tess, J.Ville, and many other up-and-coming talents from the area. For some time, Salese has been making quite the name for himself and his album, The Main Course, only cements what those close to him already knew.