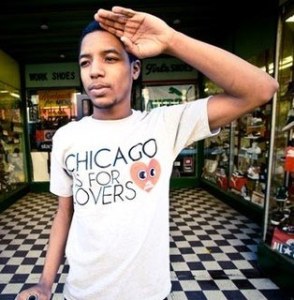 The Chicago hip hop scene has enjoyed a strong comeback over the past year and a half. Last year, Common released his highly-publicized comeback album, The Dreamer, The Believer. Previously, Twista released comeback material and Chicago newcomers released music.

This year, Kanye West has taken his title back, following Watch the Throne with solo music and the G.O.O.D. Music compilation. Such Chicago-area artists as Cap1, Sir Michael Rocks, and King Louie have enjoyed much success on the independent scale, as has Rockie Fresh.

Salute to @rickyrozay for seeing my vision. We #RichForever #MMG