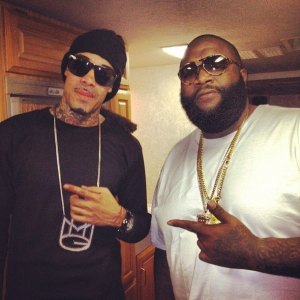 One of the biggest breakout stars of 2012 has been Gunplay. At a time when Maybach Music has emerged as the biggest force in hip hop, one of their longest-tenured members of the camp have risen. Gunplay has collaborations with Kendrick Lamar and many other stars over the past few months.

This summer, Maybach Music is preparing for a run similar to the one they put forth last summer. Last year, Meek Mill gained stardom off his Self Made, Vol. 1 appearances and his Dreamchasers mixtape. This year, Meek Mill has the sequel to his 2011 mixtape and his debut album on the way.

Gunplay makes an appearance on Self Made 2 and has two mixtapes in the works for the summer. Adding to all of this, Gunplay re-signed with Def Jam and is preparing to release his debut album. Preparing the world for his music, Gunplay added his own version to a familiar tune, Rick Ross and Meek Mill’s “So Sophisticated.”

Listen to Gunplay’s “So Sophisticated” below:

Continue Reading
You may also like...
Related Topics:dreamchasers 2, gunplay, kendrick lamar, maybach music, meek mill, rick ross, self made 2, self made vol. 1