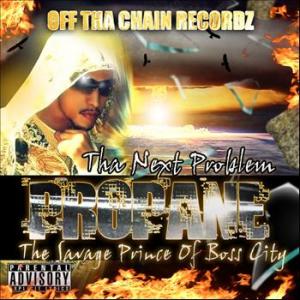 Though Propane (The Savage Prince of Boss City) is preparing to release his new album in the coming weeks, Hip Hop Vibe has taken the time to check out an earlier release from him. Last year, Propane (The Savage Prince of Boss City) delivered his street album, Tha Next Problem, which is still a favorite amongst fans. As Propane’s buzz has grown, so has interest in this album.

OnTha Next Problem, Propane (The Savage Prince of Boss City) put together a record, which featured the talent in his area. Representing Louisiana, having strong ties in both Shreveport and Bossier City, Propane’s album is considered a street classic. At the time, more important than attempting to go after the bright lights was representing for his hometown.

A native of Louisiana, Propane (The Savage Prince of Boss City) put together an album which featured producers and artists from Louisiana. However, once the album was released, Propane began to gain recognition in other areas. Despite his album being released a year ago, Propane still finds himself being booked because of the tracks off this album. Tha Next Problem was a strong commerical success for Propane because he had two singles which gained radio play in his area, “Ima Bring It” and “Ima Do It Good.”

One year after its release, Propane’s Tha Next Problem continues to gain interest.