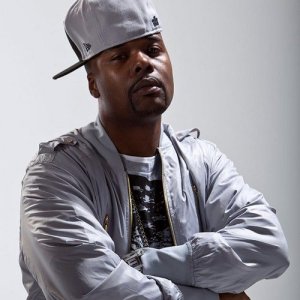 So much attention is given to the hip hop artists who have come from nothing to have everything. While the stars get all the attention, those around them have trouble moving out of the shadow. For Memphis Bleek, this has been the case, much as Jay-Z said, he is one hit away.

In recent years, Memphis Bleek has become a bit of a joke on the internet because of where his career is. What is easy to overlook is everything which Memphis Bleek brought to the table and still brings. Currently, the mixtape level is the method major artists are using to stay relevant and unsigned artists to get on, Memphis Bleek was among the first artists to focus solely on mixtapes.

Admittedly, Memphis Bleek could have done more, but he has refrained from making certain moves out of respect to Jay-Z. An example of this is how Memphis Bleek refuses to go into the clothing business with Jay-Z still involved in Rocawear. Few figures in the rap game, on any aspect of the game, have the undying loyalty Memphis Bleek does.

Perhaps what is most-overlooked is the lyricism Memphis Bleek possesses. Because of the jokes, which have become widespread, many have begun to sleep on the man once called “Young God Emcee.” Over the years, with the emergence of ringtone rap and the sea of one hit wonders, Memphis Bleek has kept lyricism in rap lyrics through his underrated series of mixtapes. Because of his eternal status as Jay-Z’s right-hand-man, Memphis Bleek has never been given a fair shot.

Seven years have passed since the release of his last album, but only months stand in between the last mixtape release from Bleek, who has a new project in the works. Though not in the mainstream, Memphis Bleek releases music more consistently than most artists who receive far more media attention. Most importantly, Memphis Bleek remains one of the few artists to look out for the artists on his record label, as Get Low Records remains a force on the streets.

When speaking of the most-underrated figures in hip hop, Memphis Bleek’s name should definitely be mentioned.