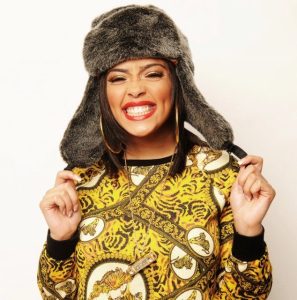 Among the brightest newer stars in the game is Nitty Scott MC. At a time when the regions of hip hop matter more, Nitty Scott MC represents this overall change. This change is reflected is music. Many have credited Nitty Scott MC as one of the newer artist returning lyricism to hip hop.

Over the past year, Nitty Scott has watched her dreams turn into reality. Along with fame, through the internet, Nitty Scott MC has also found her way to television. She was recently featured on FUSE TV’s “Behind the Unsigned.” Nitty Scott MC was very candid in her clip.

Nitty Scott MC spoke on her multiregional and multiracial background and how it impacts her music. There is a brief period where she also shares a fan experience, with a little girl wanting to see her perform. During the interview, Nitty Scott MC also talks about the impact New York City has had on her.