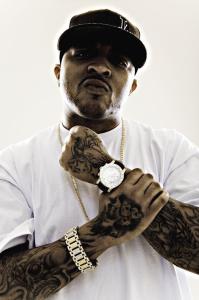 Ever since the footage of 40 Glocc’s fight with Game went viral, he has been making his rounds, calling into several hip hop media outlets to explain what happened. After the fight, many began to make jokes about 40 Glocc on the internet. Throughout his career, 40 Glocc has been portrayed as a gangsta rapper, much like Game.

The two have had beef for various reasons over the years. But, when the two wound up on the same record label, they were forced to put their issues to the side. Game would eventually leave the label on bad terms, leaving 40 Glocc free to re-ignite his beef with the Compton emcee. Given the way the two have traded insults, many felt an actual fight would happen in only a matter of time.

Previously, 40 Glocc called in and spoke to Vlad TV about the fight. During that conversation, he admitted he was jumped by Game’s people. Explaining why he ran, 40 Glocc explained there was a gun pointed at him behind the camera. When Bootleg Kev spoke to 40 Glocc, he made a similar statement.