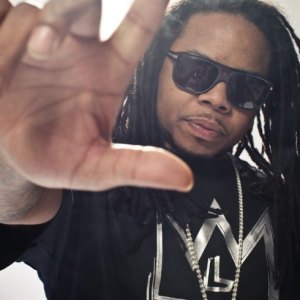 On the G.O.O.D. remix of Chief Keef’s “I Don’t Like,” Kanye West shouts out the rising hip hop scene in Chicago with the line “Chief Keef, King Louie, this is Chi, right, right?” As “I Don’t Like” continues to build momentum, the Kanye West version has led to more buzz for King Louie. Recently, King Louie spoke to Pitchfork Media about his upbringing in Chicago.

Close to a decade ago, Chicago claimed its long overdue position in the rap game. The longtime veteran, Common, was fresh off his album release. Following the Common release, Kanye West took over the rap game. Once Kanye West began to gain media attention, Twista, another Chicago veteran, also rose to fame. Soon, Lupe Fiasco and a number of others emerged.

Until recently, the Chicago hip hop scene has struggled. However, due to the comeback efforts of Common, Kanye West, and Twista, along with the stability of Lupe Fiasco and the new talent, such as Chief Keef, King Louie, and Cap1, among others, Chicago is back on the map. King Louie spoke on this and much more during his interview with Pitchfork Media.