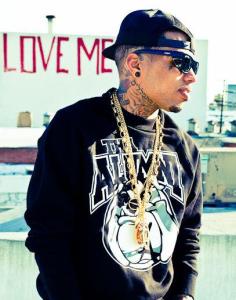 Among the rising Los Angeles rapper has been Kid Ink, who is fresh off the release of his new album, Up & Away. Last month, Kid Ink released his debut album, which has been met with positive reviews. Over the past month, however, Kid Ink has been out of the spotlight, as his album was already released.

Kid Ink, however, is keeping himself current as he has been out promoting his new album, touring in various cities. Recently, Kid Ink was in Seattle, where he had the opportunity to speak with Sermon’s Domain about his new release. During his interview, Kid Ink spoke on his new album, Up & Away, and his major label deal.

For years, Kid Ink was among the most-popular unsigned artists. Able to build a large fan base without label support, Kid Ink caught the attention of many major labels. Finally, Kid Ink made the transition and joined with a label. Upon signing, Kid Ink released Up & Away with Tha Alumni Music Group.