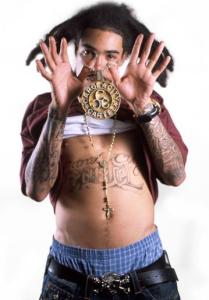 In 2009, Rick Ross introduced the world to Maybach Music. Immediately, Gunplay stuck out as the wildest member of the group, Triple Cs. Rick Ross took time to focus on himself in 2010 and refocused on Maybach Music in 2011, adding Wale and Meek Mill. In 2012, however, it has been a joint effort with Gunplay and Young Breed spending time in the spotlight, too.

With two mixtapes in the works, Bogota and 106 & Snort, Gunplay has made a number of appearances in preparation of their releases. In addition to those mixtapes, Gunplay has been the focal point of others, also. Being featured on so many projects has led to Gunplay becoming one of the most-popular rising names in the game, as it currently stands.

Recently, XXL caught up with Gunplay to speak with him about a number of topics. At the forefront of the conversation was the new deal Gunplay reached with Def Jam. Since signing with Def Jam in 2009, Gunplay has proven to be a bright spot for the label, in addition to Rick Ross. With his popularity rising, Def Jam quickly offered a deal to Gunplay to keep him under the umbrella.

While Gunplay is a part of Maybach Music/Def Jam, he was a standout on the popular Self Made 2, a product of Maybach Music/Warner, as he had the opening verse on “Power Circle.” Sharing the track with Rick Ross, Meek Mill, Wale, Stalley, and Kendrick Lamar, Gunplay has been ranked by many as the standout artist on the track. Gunplay has evolved over the years, now free of drugs for the first time in years and he is touted as one of the best emcees in the game, as he is still rising.