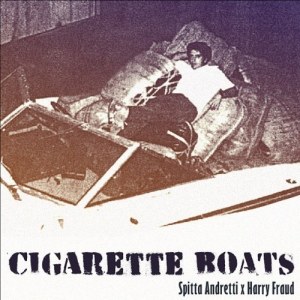 Few rappers release as much music as Curren$y. At times, Curren$y will release up to three albums in one year. This year, however, Curren$y has been moderate with his releases of new music. Last month, Curren$y released The Stoned Immaculate and then he teamed up with Harry Fraud for Cigarette Boats.

Harry Fraud enjoyed much success after providing the production for the hit single from French Montana, “Shot Caller.” The song did well, as the music video premiere on “106 & Park” was in anticipation of French Montana announcing his new label deal with Bad Boy Records. Since then, demand for Harry Fraud has increased.

Both Curren$y and Harry Fraud have been in high demand throughout the early months of 2012. Given the reputation the two have put together, it was only a matter of time before they agreed to work together. Earlier today, the two released their highly-anticipated Cigarette Boats.