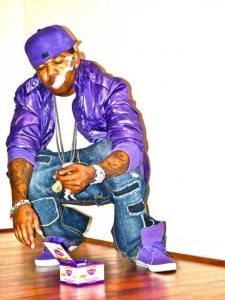 Earlier this year, Hip Hop Vibe took a deeper look at the Atlanta hip hop scene and profiled five individuals who were predicted to have a major impact on hip hop from Atlanta in 2012. Now, however, Hip Hop Vibe will be taking a look at rising emcees around the United States and abroad. There is an immense amount of talent and a number of rappers who will soon reign.

Cap1 is not yet a household name, but he was behind the creation of one of the biggest hits during the summer of 2007. It was in 2007 when Chicago emcee, Yung Berg, burst onto the scene with his “Sexy Ladies” single. Without Cap1, “Sexy Ladies” may not have come to be and Yung Berg could very well be without his biggest claim to fame.

Five summers later, Cap1, who is also from Chicago, has returned to take the game for himself, working with many big names. Cap1 has built a strong following in Atlanta, working very closely with 2 Chainz. The run Cap1 is on is very similar to the one 2 Chainz put forth toward the end of last year.

With his Road 2 Riches 2 mixtape still on the way, hosted by popular Atlanta figure, DJ Teknikz, among others, Cap1 is prepared to dominate for the remainder of summer and into the later months of the year.

The death of Michael Jackson, three years later
Who’s Got Next?… Trel Mack