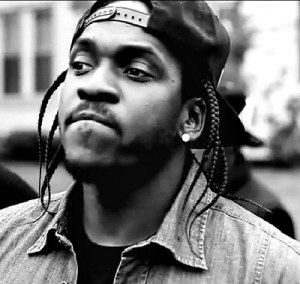 A month and a half ago, Pusha T finally got into the highly-anticipated lyrical altercation with Young Money. Since the summer of 2011, many felt Pusha T had been taking shots at Drake. Throughout the year, both rappers spoke on this, Pusha T never confirming or denying, meanwhile Drake claimed he had no reason to go at him.

Regardless, when Pusha T released “Exodus 23:1,” all bets were off. The song was rumored to be a Drake diss and Lil Wayne addressed Pusha T on Twitter. Days later, he recorded his thoughts on his diss track, “Goulish.” Since the release of “Goulish,” the feud has died down. Lil Wayne said he was now done with the beef and Pusha T said he felt the song was not even a true diss.

Pusha T recently conversed with ThisIs50.com and the subject of the feud came up, once again. During his conversation with ThisIs50.com, the Virginia native referenced the feud. The footage was obtained when Young Jack Thriller approached Pusha T at the red carpet of the 2012 BET Awards.