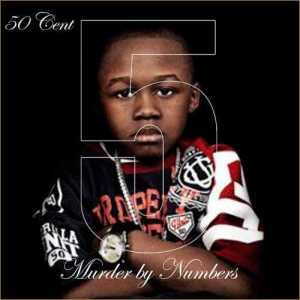 Tension between 50 Cent and Interscope Records reached new heights since the release of Before I Self Destruct. What began as a dream come true for 50 Cent has morphed into a corporate power struggle. When the relationship hit rock bottom, 50 decided to set up a separate deal for his G-Unit Records with EMI, which has since expired.

50 Cent promised fans he would deliver a new body of music before the end of 2011, but, much like with the Before I Self Destruct release, never surfaced. To deliver on his promise and to honor 50 Cent is the Future, 50 Cent released The Big 10. A late 2011 release, The Big 10 was received better than many albums. Since the release of that mixtape, fans have said the “old” 50 Cent is back.

During the promotional run for his DJ Drama-hosted mixtape, The Lost Tape, 50 Cent revealed he would release his fifth studio album in July 2012 with, or without, the support of Interscope Records. As predicted by many, 50 Cent was without the support of his label. However, this did not hinder 50 Cent when he completed his album, made his media rounds, and successfully released his album digital-only. The ten track opus finds 50 Cent in a place he has never truly been before, or never previously embraced.

On the opening lines of the album, 50 Cent embraces his position as the man of power, saying “I’m rich already.” While he embraces his wealth and accepts no longer being the underdog, 5 (Murder by Numbers) presents a 50 Cent who knows his role, yet still comes off as relatable in the streets. A decade prior, Jay-Z was able to successfully transcend as his wealth grew, as his audience grew with him. It is likely because of his strong sales, initially, and the change in style, 50 Cent has struggled. Lyrically, 5 leaves the listener wanting a little more, but the album displays the versatility of 50 Cent.

Much like all of his albums, 50 Cent keeps the collaborations short, featuring Haynes, Kidd Kidd, and new label-mate, ScHoolboy Q, who admitted to being inspired by 50 Cent to rap. Overall, however, 5 (Murder by Numbers) would make a much better mixtape than being passed off as the fifth studio album from 50 Cent. A decent compilation of tracks from 50 Cent, the album was poorly put together, yet is filled with entertaining tracks. But, for those who are searching for an album which will be remembered for years to come, this album is one of the more forgettable of 2012.