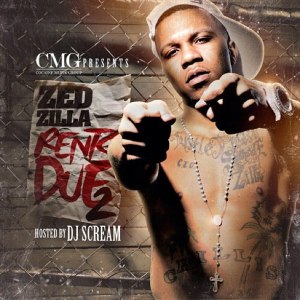 On the mixtape level, Yo Gotti has been popular for some time. His CMG record label has experienced much success. While Yo Gotti has topped the mixtape game, he is introducing some of the artists on his label. Zed Zilla is among the roster of artists boasted by Yo Gotti.

Recently, Zed Zilla linked up with Maybach Music Group’s official DJ, DJ Scream. The two are currently putting together his new mixtape. Earlier today, the official artwork for Rent’s Due 2 was released. With the artwork out, fans are now waiting on the official release date for the new project.