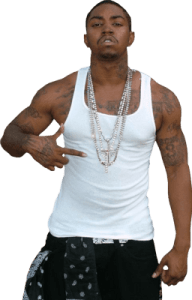 Recently, Lil’ Scrappy has returned to the forefront. Much of this has to do with his numerous television appearances. After announcing his departure from DTP, Lil’ Scrappy revealed he was working with Tyler Perry. Earlier this year, Lil’ Scrappy appeared on “House of Payne.” Currently, he appears on VH1’s “Love & Hip Hop Atlanta.”

Much like the flagship series, “Love & Hip Hop Atlanta” has become highly popular. The series has been out for a little over a week. In many ways, Lil’ Scrappy’s role is comparable to Jim Jones’, as his mother has also stolen the show. With his mother taking such a major role in the series, Lil’ Scrappy has discussed her in most of the interviews he has conducted.

During the second edition of his conversation with AllHipHop.com, Lil’ Scrappy spoke on his past relationship with Diamond. Lil’ Scrappy confirmed losing her to Soulja Boy, though he gave the couple his blessing. In the interview, however, Lil’ Scrappy called his fellow Atlanta emcee “soft.” Lil’ Scrappy also continued to discuss the “Love & Hip Hop Atlanta” series.