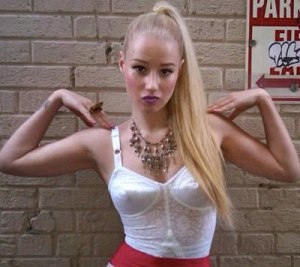 Though she has been buzzing for some time, Iggy Azalea’s name truly began to build when she teamed up with T.I. Initially, the Australian femcee came to the United States after being signed by Interscope Records. Once she began working with T.I., the label situation became complicated.

Iggy Azalea has been a topic of discussion for some time. Azealia Banks has been challenging Iggy for some time. Banks accused Iggy Azalea of copying her style and taking shots at her. Until recently, their feud was a major topic. Both rapstresses have backed away from the feud.

Recently, Power 105.1’s “The Breakfast Club” caught up with Iggy Azalea. During her interview, she spoke on her label situation, working with T.I., and much more.