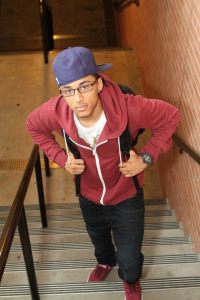 Though he has been releasing music for a few years now, Kirko Bangz did not begin to have a big impact, outside of his native Houston, until last summer. One year later, Kirko Bangz finds himself one of the most-popular new rappers in the game. Late last summer, Kirko Bangz released his single, “Drank in My Cup.”

Kirko Bangz was recently in Las Vegas, where Bootleg Kev caught up with him. During their interview, Kirko Bangz discussed numerous topics. Among them was the comparisons he is receiving to Drake, due to his singing, which goes along with his rapping. Another topic during the interview was his rumored issues with J. Cole.