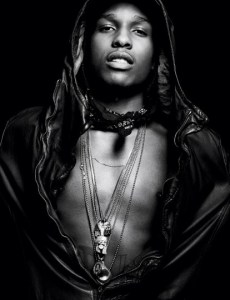 Over the past few years, A$AP Rocky has watched his dreams turn into reality, as he is one of the biggest rap artists out in 2012. A$AP Rocky is among the plethora of talent from New York City restoring the birthplace of hip hop to prominence. The front-man of the A$AP Mob, Rocky is preparing to release his debut album.

As the release of his debut album remains in the air, A$AP Rocky is continuing to garner attention and acclaim through his collaborations. Regardless of the region, A$AP Rocky works with a number of artists. Becoming one of the most-popular rappers in the game has led to a number of appearances from Rocky.