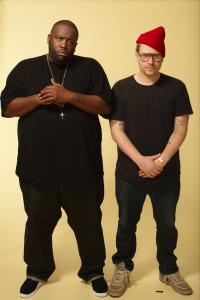 Killer Mike recently sat down with DJ Green Lantern for Invasion Radio and he spoke on numerous subjects. The warm reception to R.A.P. Music has definitely instilled additional confidence in Killer Mike, ensuring his efforts were not in vain. At a time when many are criticizing the direction hip hop has taken, Killer Mike was a breath of fresh air.