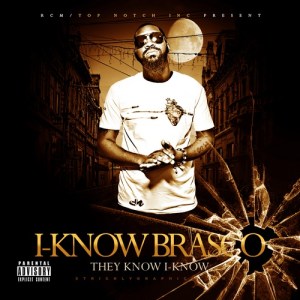 Philadelphia has returned to the forefront of hip hop following a long hiatus. New energy from newer stars, such as Meek Mill and Tone Trump have the city excited again. Veterans, such as the State Property roster have enjoyed nice comebacks also, with Beanie Sigel establishing a new label deal.

I-Know Brasco is among the new artists on the Philadelphia hip hop scene. One of the hottest rising artists from Philly, Brasco has collaborations with fellow Philadelphia rising acts, Tone Trump and Mike Knox. At the close of last month, I-Know released his project, They Know I-Know.

A brilliant play of words, I-Know Brasco proved he is well worth the emerging hype building around him. The project was released late in May and continues the trend of artists releasing mixtapes online. For I-Know Brasco, the project has been a major success in less than a month since its release date.