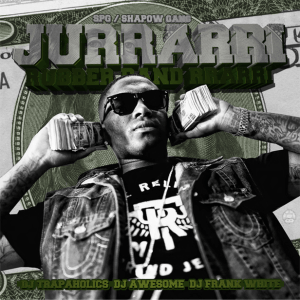 Released earlier today, Jurrarri has another street classic on his hands, as his fans have been speaking about the project all day, via Twitter. The mixtape only has a few collaborations. Shawty Lo, currently of G-Unit, is the only relative big name featured on the project. However, Ashle, Mr. Money, Dip, Nu Money, and Nino are also featured on the mixtape.