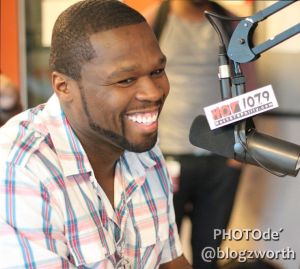 Though 50 Cent has evolved over the past ten years, much of his story has still been highlighted by both his feud with Ja Rule and being shot nine times. When he first gained national coverage, many speculated Ja Rule was behind the shooting. The exact reason for their feud, aside from guilt by association, has not been explained, but the story of the shooting has remained.

By the time 50 Cent released The Massacre, the story of the shooting had been depicted to the fans. With his story then common knowledge, fueling Jadakiss’ famous punchline, “you ain’t get shot again, so what’s your second album about?,” 50 was focused on adding another chapter. The next phase of 50 Cent’s career has been his number of businesses.

Watch the clip below: