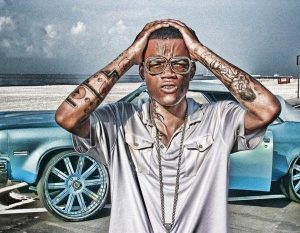 Six years ago, Rich Boy burst onto the scene with his Polow da Don-produced single, “Throw Some D’s.” Rich Boy was signed to Polow da Don’s Zone 4 record label, which was distributed by Interscope Records. In 2007, Rich Boy released his self-titled debut album.

Zone 4 soon became a hotbed for R&B, as Keri Hilson became the face of the label and former Murder Inc. singer, Lloyd, was signed. Over the years, Rich Boy has fallen from the spotlight. Five years since his album was released, many have forgotten about his movement.

Rich Boy is currently focused on returning to the spotlight with his new deal with eOne Music, formerly Koch Records. Spending time in Miami and New York City, Rich Boy is putting the finishing touches on his sophomore album. Talking about the new album, Rich Boy said nothing on the album was forced. Before the release of his album, which is set to come late in 2012, Rich Boy will release his new mixtape, First Day of Summer, on June 21.