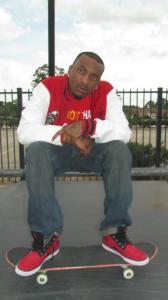 One of the hottest independent rappers in the game is Houston rapper, Gutta Tek. The Houston emcee is fresh off the release of his Next 2 Blow project. Barely a week since the release of the project, Gutta Tek has been a topic of discussion. Gutta Tek’s name has become quite popular on such social networking websites as Facebook and Twitter.

Rezz Vokalz’ name has been buzzing for some time. Much like what Gutta Tek is to rap is Rezz Vokalz to both rap and R&B. His unique style has gained him much acclaim and a major co-sign from the ever-popular Maybach Music Group. While his name is becoming big, Rezz Vokalz is still very much so independent.

Two of the most-popular independent names out there, Gutta Tek and Rezz Vokalz have decided to come together for new music. Both are still basking in the success of their mixtapes, but still trying to push forward with new projects. The first new project from both will come with their joint effort. Gutta Tek has teamed up with Rezz Vokalz for a new single, which they call “She About Money.”