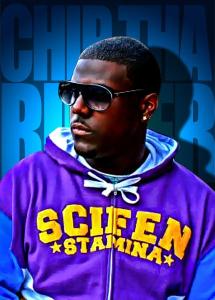 Similar to the growing hip hop scenes in Virginia, Louisiana, and North Carolina, Ohio is becoming another breeding ground for successful rappers. Kid Cudi made the jump from the mixtape level to major label success in 2009, while Chip tha Ripper and Stalley continued dominating mixtapes. It was last fall when Stalley joined Rick Ross’ Maybach Music and now he is preparing his own run in the spotlight.

For Chip tha Ripper, the journey has been different from Kid Cudi and Stalley. Continuing to solely rely on mixtapes, Chip tha Ripper’s fan base has steadily grown. One of the most-popular rappers in the game, Chip tha Ripper has kept the independent releases coming. At the start of 2012, Chip delivered his Tell Your Friends mixtape. Now, Chip tha Ripper is preparing the follow-up to the project.