Skip to content
You are here
Home > Hip Hop News > Tim Stacks to perform at AMCS Bodega in Charlotte, NC on June 10 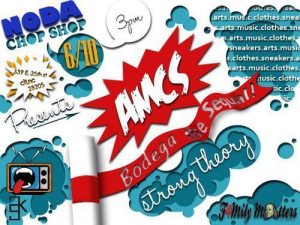 On the Rise alum, Tim Stacks, has been one of the hottest up-and-coming rappers in the game. Tim Stacks has built his popularity from freestyling over popular current tracks and classic singles. Overall, the reaction to Tim Stacks has been positive, especially in his current city, Charlotte, North Carolina.

As explained in his NY 2 NC mixtape, Tim Stacks is originally from New York, but moved to North Carolina. The unique blend has added to his popularity and has made the young Tim Stacks into a Queen City favorite. Tim Stacks has performed at clubs throughout the Charlotte area.

Tim Stacks will be taking his act to the AMCS Bodega in Charlotte on June 10. At this show, Tim Stacks will perform many of his own popular tracks, along with his freestyles. Currently, Tim Stacks is promoting his “25 Wives” freestyle.