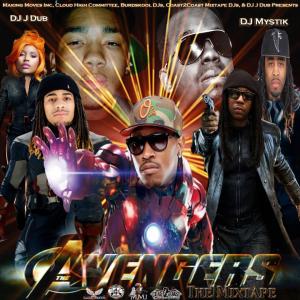 Throughout the South, DJ Mystik has built a solid following, but he is still focused on expanding. DJ Mystik is preparing to flood the streets and the internet with mixtapes throughout the summer of 2012. In two days, DJ Mystik will deliver his latest offering, right in time for the summer.

DJ Mystik has teamed up with DJ J Dub for his new mixtape, Avengers. A compilation of songs from a number of established artists, Avengers will feature songs from such names as Future and 2 Chainz. Many other names will be featured on the project also.

On June 7, DJ Mystik and DJ J Dub will release their project, for the listening pleasure of the world. With so many big names on the mixtape, it is a must-have in the eyes of many. Still focusing on getting his name out there farther, DJ Mystik feels this project will be a good move for him.