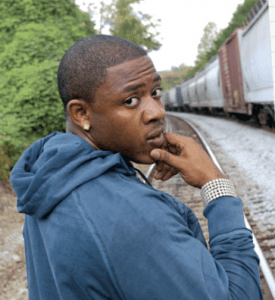 “It’s feeling like rap changed, there was a time when it was rugged” are words rapped by Drake on Rick Ross’ “Stay Schemin,'” alongside French Montana. At the time, Drake was battling Common, but hip hoppers have been more friendly than they usually are, historically. Regional tensions have all but disappeared and rappers are all over each other.

In his feature with Respect, ScHoolboy Q complained about how friendly the rap game had gotten. Similarly, Shorty Mack, during his interview here with Hip Hop Vibe, also said the game had gotten too friendly. Leave it to the camps of Young Money and G.O.O.D. Music to restore tension in the rap game. Despite prior friendships between label bosses, Lil Wayne and Kanye West, the two crews are having it out.

Before, during, and after Drake’s feud with Common, many felt Pusha T had been taking shots at the Toronto native. Pusha T never confirmed or denied these allegations, meanwhile Drake never appeared to be worried about the disses. Lil Wayne took matters into his own hands after Pusha T released “Exodus 23:1,” first calling him out on Twitter and then responding on his new record, “Goulish.” All in the same week, Lil Wayne delivered the first single from his upcoming album, I Am Not a Human Being 2, with features Big Sean.

Mack Maine, the president of Young Money, recently spoke to MTV News about the back and forth between certain G.O.O.D. members and Young Money. While there is definitely beef between Lil Wayne and Pusha T, Mack Maine said the feud does not include the entire roster of G.O.O.D. Music and there is no problem with working with Big Sean.

Stack Bundles and Cau2g$ – “U Know What the Rock Do”
The Backroom: Kendrick Lamar [VIDEO]