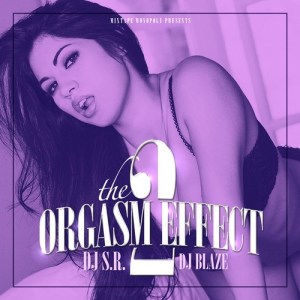 Among the more popular DJs in the Atlanta area is DJ S.R. When many think of the hip hop mixtape scene in Atlanta, the focus immediately shifts to DJ Drama and, more recently, DJ Scream. However, DJ S.R. has laid groundwork, even collaborating with DJ Drama in the past.

DJ S.R. has built a rather large following and has become one of the go-to DJs for independent artists searching for placement. While based in Atlanta, DJ S.R. has a following in numerous areas. Many are fans of DJ S.R., who is well-respected among fellow DJs as well.

One DJ who S.R. has a nice working relationship with is DJ Blaze. The two have come together for several mixtapes. Most recently, the two came together for their latest project, The Orgasm Effect 2. In the past, they have co-hosted mixtapes for independent artists and have put together other compilations.

Earlier today, The Orgasm Effect 2 was released, featuring songs from established artists, along with some rising artists.