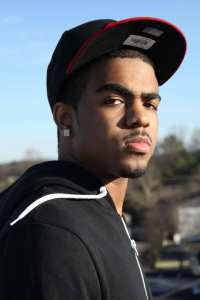 The success of Ca$h Out is comparable to that of Future one year ago. Ca$h Out released his breakout single, “Cashin’ Out,” in February and now has a summer anthem on his hands. Right now, Ca$h Out is one of the brightest stars in the game. Everyone has been trying to speak with Ca$h Out about how he got where he is and how he feels about the success of “Cashin’ Out.”

Without Ca$h Out and his unique drawl, “Cashin’ Out” would not be the hit that it is, but there were others involved. “Cashin’ Out” is produced by DJ Spinz, who helped 2 Chainz as he produced and helped break his “Riot” single and produced Rick Ross’ “Ring Ring,” featuring Future on Rich Forever. In a short period of time, many new stars on all sides have emerged.

DJ Spinz recently spoke with AllHipHop.com about the conception of “Cashin’ Out” and the run of success the single has had. The “Cashin’ Out” remix recently dropped, which features many big names, such as Fabolous, Young Jeezy, Akon, and Yo Gotti. During the interview, DJ Spinz said Ca$h Out gave him the hook in November and he built the beat around it. Speaking on “smokin’ on that Kesha,” he said it is another term for good weed.