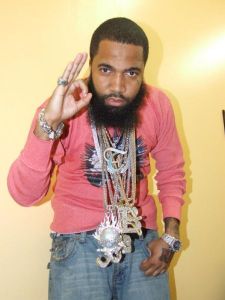 One of the poster boys for using the internet to gain fame is Tone Trump. A native of Philadelphia, the relative newcomer is a part of a new wave of stars. Other popular newcomers include his fellow Philly native, Meek Mill, French Montana, Big Sean, A$AP Rocky, and Denzil Porter. Out of those artists, most of them have landed with a major label or are being recruited.

Tone Trump repeatedly said he enjoyed being an independent artist because he had creative freedom, yet he could still afford a nice lifestyle. However, Tone Trump was not opposed to signing with a major label. During an interview earlier this year, Tone Trump spoke on his popular tour and the labels interested with him.

Recently, Tone Trump he revealed he signed with Young Jeezy’s CTE label. Tone Trump spoke with XXL about signing with Corporate Thugz. For Tone Trump, it has been a long time coming, as he has been a big fan of Young Jeezy. To sign to his label, he said it was a dream come true because many artists never have the chance to sign with their favorite artist.