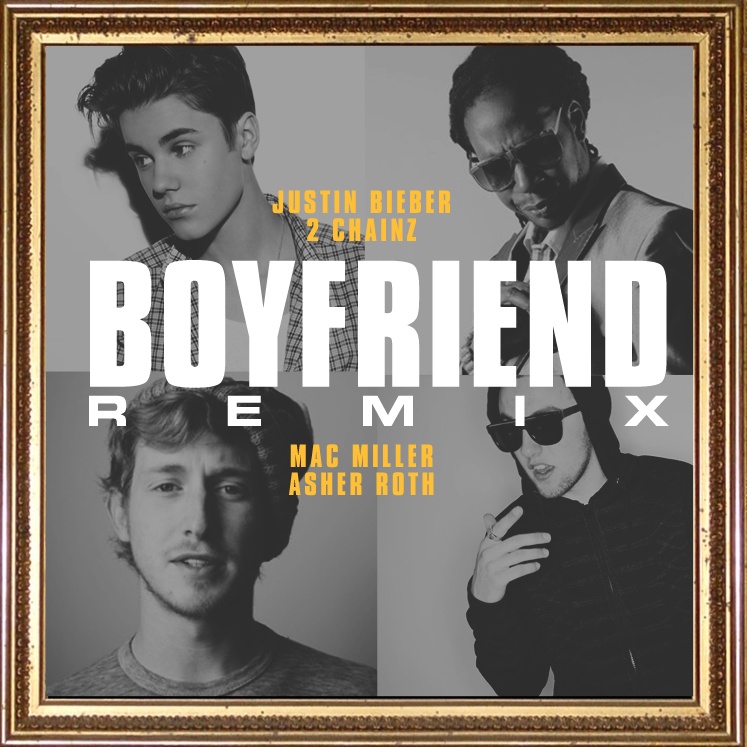 Justin Bieber’s “Boyfriend” single was already hip hop enough, with the pop star rapping the first verse of the song, which boasts an urban beat. But, on the official remix, Justin Bieber went all out, recruiting hip hop’s favorite guest verse, 2 Chainz, and then Pittsburgh’s Mac Miller and Asher Roth.