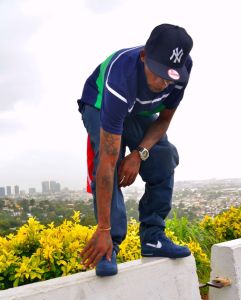 As June looms closer and closer, Bang ‘Em Smurf is completing his remaining tracks and preparing for the promotional run. While Bang ‘Em Smurf fans are happy he is delivering new material, many are wondering why he changed the music video. Though Bang ‘Em Smurf gave fans a heads up on the switch, he did not explain why. Hip Hop Vibe spoke to Bang ‘Em Smurf tonight and he explained why he decided to change music videos.

Speaking on deciding to premiere “Hitlerr/Homicide,” instead of “Hell and Back,” Bang ‘Em Smurf said “The reason for the change is because I’m really in the streets doing what I do. “Hell and Back” is a hit but, “Hitlerr/Homicide” is more of a hard record for the streets and most of my supporters are for the streets, so I know the world would apppriciate it more feel me? I do this for my niggaz at the bottom my niggaz with no hope. I am a hood nigga for real. I done seen millions and lost millions, but I’m not mad at nothing I went through in life. Everything happens for a reason I’m good at the bottom being a hood rich nigga! The “Homicide” music video is dropping next week and I shot the videos in the foulest hood in Trinidad. The police even get chased out of there, but they salute Bang ‘Em a 100, I do it for the gaza me sa FDW.”

Freeway talks Jay-Z, new projects, and more with Billboard
T.I. talks with Fuse about “Trouble Man,” the video for B.o.B.’s “Both of Us,” and parenting advice for Jay-Z [VIDEO]