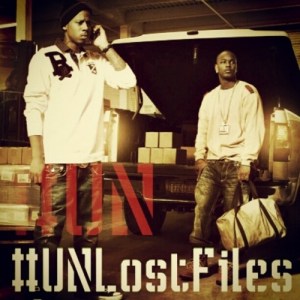 One month ago, Cam’ron found a way to make himself one of hip hop’s most-discussed names when he announced his blatant intent to release a new song every day for a month, with the exception of weekends. Cam’ron said the songs would be compiled and released as the UNLost Files. By the end of the first week, it was clear Cam’ron had brought Vado along for the ride.

The first week, Cam’ron released new tracks daily, but on the final day, a Vado solo track was featured. By the second week, many of the songs featured both Cam’ron and Vado trading verses. Once the UNLost Files began to take shape, Cam’ron and Vado began appearing on other projects. Due to the abundance of music being released, the two returned to the headlines and announced their second collaborative album.

Five days short of a month, Cam’ron and Vado have released their street project to the world. Wrapping up UNLost Files gives the duo a chance to focus on their upcoming second collaborative album, More Gunz, Less Butta. As the wait for their new album begins, they have offered the ultimate holdover with over twenty new songs released over the span of a month.

Jadakiss talks The L.O.X. and Ma$e comeback with “Cipha Sounds & Rosenberg” [VIDEO]
Madchild to perform at the Ozone Rap Battle in Sweeden