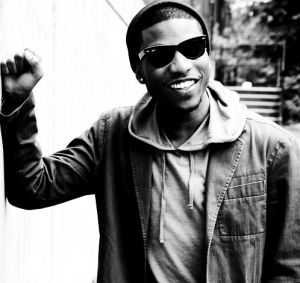 Denzil Porter has had the rap game in a chokehold for months now. His act has caught the attention of a rap game still searching for new life. Rising to fame behind the success of his single, “Kanye West,” Denzil Porter has released several viral hits. Hip Hop Vibe caught up with the rising Bronx sensation for an exclusive interview. During the conversation, Porter spoke on the success of his own music and reviving the overall rap game.

“Kanye West” has opened many doors for Denzil Porter and he has yet to disappoint. Far from a disappointment, many feel Denzil Porter is just what hip hop needs. Among those who feel this way is Denzil Porter, himself. Those who are just getting to know Denzil Porter’s music have called him an overnight sensation. However, there were many previous nights of hard work before the sensation came.

Following his success in 2011, Denzil Porter is more focused than ever to become a true star in the rap game. Only five months since the release of the “Kanye West” music video and Denzil Porter is well on his way to becoming a household name. Influenced by gifted lyrical storytellers, such as Common, Denzil Porter is just what the doctor ordered in a hip hop landscape still dominated by materialistic topics.

In previous interviews, you have said you are bringing the game back; explain how you plan to fill such a tall order? It is going to be hard, but all I have to do is be myself. Everything will come naturally and every song I do, it comes natural. When people hear my music, people are reminded of the golden era, so everything will work out.

A fan of “real hip hop,” you were influenced by Common, can you tell us about the influence his lyrics and songs have had on you both as a rapper and as a man? One thing about Common that I really like is his career. His early albums talked about what he was doing at that time and he has managed to evolve with his music to The Dreamer, The Believer, which talks about what he is doing now. He has grown with his music and I want to do the same thing. Common has really shown me how to grow with your music.

Aside from yourself, what other newer rappers do you see “bringing the game back?” You got people like Kendrick Lamar and XV, they have that feel of good music, it’s not the same stuff you hear over and over.

Do you feel as if your own music will lead to rappers caring more about their lyrics and subject matter, as opposed to “swag,” which has dominated the game in recent years? Oh yeah, definitely. My lyrics show more personality and skills, as opposed to swag and style. That is one thing a lot of people like about me, they like the witty and complex lyrics. It is something like a crossword puzzle when listening to me and I hope to bring a lot more of that back to the game.

It has been a few years since you released your first material, but you truly began buzzing when you released your single, “Kanye West,” can you talk about how that single came to be and your opinion on Kanye West’s impact on overall urban music? The record was inspired by the people from New York. I started traveling and I realized how the people react to New York in other areas, they call us assholes. This is why I called the song “Kanye West,” because it fits the character he portrays. The song has nothing to do with Kanye West, but the video for the song really did well. My previous videos only had a few hundred views, but this video did well into the thousands, so I knew then this was my break into underground stardom. As far as impact, there is no denying the legendary work Kanye West has put in over the past eight years.

Since “Kanye West,” you have made a few guest appearances on other tracks and you recently released “Bring it On,” what is next from Denzil Porter as far as singles and features go? I have a few projects coming and I have many music videos coming, we just dropped “Bring it On” and I have more videos in the way. I have a new mixtape in the works, which is currently set for a late September release.

Do you soon see yourself becoming the focal point of this revamped New York hip hop scene? I have to be confident, so I will say yeah, but there are a lot of people coming out of New York, plus they are already there. There are a lot of New York rappers back out there and plus I come from the North Bronx, when all the talk is about the South Bronx, so I have a lot of work to do, but I’m ready for it.

After watching the New York hip hop scene fall to ruins a few years ago, how does it feel to be a part of the resurgence of your hometown, the birthplace of hip hop? I think that is the best part. There is nothing like coming from the dirt and rising to the top. It is like a game right now, everybody is aiming for the top. Just like the Knicks, they are expecting us to lose, but we continue to rise.

Speaking of New York hip hop, how do you feel about veterans, such as Nas, Jadakiss, and Raekwon also experiencing success and their willingness to work with relative newcomers, such as yourself? I am a huge fan of that. Hip hop has no age and no time. We should accept those veterans being willing to work with us, based on their experience. I am not one of those new guys who does not pay homage.

Seeing yourself as a future legend in the game, who do you feel your style compares to the most, out of the legendary rappers who have come and gone before you? I have heard a lot of people compare me to Lupe Fiasco, which I have to agree with based on his lyrical ability and storytelling, even though his run is far from over.

Ashley Salazar to be featured in Maxim En Espanol
MCA, co-founder of the Beastie Boys, dies at 48