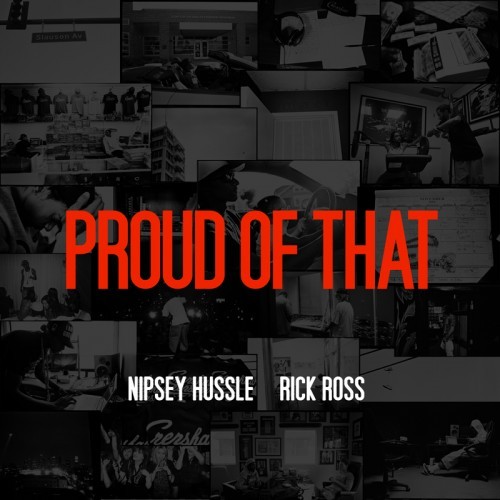 Rick Ross has had an eventful day today, finally announcing when God Forgives, I Don’t will be released and updating those interested on the status of his relationship with Nipsey Hussle. Not ruling anything out, Rick Ross said Nipsey Hussle is not on Maybach Music. While not under the MMG banner, Nipsey Hussle still gets Rick Ross on his new single, “Proud of That.”

Listen to “Proud of That” by Nipsey Hussle ft. Rick Ross below:

Continue Reading
You may also like...
Related Topics:god forgives i don't, maybach music, nipsey hussle, proud of that, rick ross