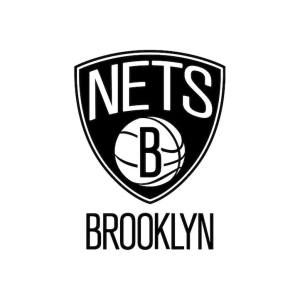 Earlier today, the new logos for the Brooklyn Nets were finally released. For a little over three decades, the Nets have existed as the New Jersey Nets. Originally a powerhouse in the ABA, a rival professional basketball league to the NBA, the Nets were based in New York City. Playing second fiddle to the New York Knicks, the Nets were moved to New Jersey only one year after joining the NBA.

The New Jersey Nets, with the exception of their run in the mid-2000s, have been primarily known as a losing franchise, often a laughingstock in the NBA. While the Nets and the Knicks struggled from the late 1990s into the 2000s, Jay-Z went from being a street hustler to being a multimillionaire. Doing things no rapper had ever done before, Jay-Z purchased shares in the New Jersey Nets and made plans to relocate the team to his native Brooklyn.

Since 2005, an arena has been under construction in Brooklyn. Starting in the 2005 NBA Playoffs, there has been preparation for the Nets’ move to Brooklyn. Two years after the planned relocation, the Nets, which have missed the playoffs for their fourth consecutive season, are making plans for the future. Jay-Z unveiled the new logos for the Brooklyn Nets on his Life + Times website. After unveiling the new logos, New Jersey Nets’ owner, Brett Yorkman, held a press conference.