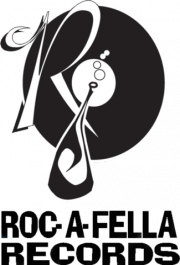 Where is Roc-A-Fella Records, does it exist? There is a lot of confusion surrounding what was once hip hop’s most-revered record label. Jay-Z bought himself out his contract with Def Jam and founded Roc Nation, leaving behind Roc-A-Fella Records after winning it from Damon Dash and Kareem “Biggs” Burke. Around this time, the hip hop world would have all eyes on Roc-A-Fella Records, as their artists would be on tour and ready to announce their next round of projects.

Before the end of Roc-A-Fella Records, Jay-Z convinced Jadakiss to sign with the label. Jadakiss is currently promoting his Consignment mixtape, which was released on April 27. In promotion of the mixtape, Jadakiss spoke with HipHopDX.com and they asked him about Roc-A-Fella. Sadly, Jadakiss said he did not know if he was still on the label, but he knew he was still signed to Def Jam, the parent label. There was once a time when the radio was dominated by Roc-A-Fella Records.

However, long before Roc-A-Fella Records became the number one hit supplier for Def Jam, the label was created out of desperation for a local hustler in New York City who was a gifted wordsmith. Close to giving up, Jay-Z was put in contact with a local hip hop promoter named Damon Dash and the two began releasing independent singles in the mid-1990s. Soon, the duo named their company Roc-A-Fella Records and Jay-Z began to add aspiring rappers from his native Marcy Projects to the label and his music caught the attention of Priority Records. Jay-Z released his Reasonable Doubt album during the summer of 1996 and his life was forever changed.

Before the end of 1996, Jay-Z caught the attention of Def Jam and Roc-A-Fella Records had a major platform to display their music. Along with music, Roc-A-Fella Records ventured into clothing and liquor. Failing to gain endorsements early on, Damon Dash decided the Roc would endorse themselves, a move which is still paying off for Jay-Z. More than a record label, Roc-A-Fella Records was a lifestyle and, as Jay-Z stated, a dynasty. Roc-A-Fella Records not only had popular artists, but the artists had their own sub-labels. In addition to the artists spreading out, the label signed established artist, Cam’ron and began distributing his Diplomat Records.

Apparently an already-tense relationship between Jay-Z and Damon Dash grew further strained when Dash wanted to appoint Cam’ron the new president of Roc-A-Fella when Jay-Z was hired to take over Def Jam. Despite working with Cam’ron, Jay-Z was never too fond of him and never liked him enough to hand him the company he built. The disagreement between Jay-Z and Damon Dash led to the label splitting and Dash being out. Many credited this as the end of Roc-A-Fella Records, but the label lingered on for four more years. Jay-Z had retired and Kanye West continued to deliver platinum albums until Jay-Z returned and Beanie Sigel released an album.

In 2007, Jadakiss was signed and the future looked bright. Jay-Z shocked many when he stepped down from his role at Def Jam, claiming he wanted to focus more on Roc-A-Fella Records. Soon, Jay-Z bought out his Def Jam contract, leaving Roc-A-Fella Records, to start Roc Nation and the Roc-A-Fella roster also left the label, with the exception of Kanye West and Jadakiss. By the end of 2008, the label was a blank slate, as it seemed as if Kanye West was absorbed into Def Jam and Jadakiss returned to working with Styles P and Sheek Louch. Four years after the official demise of Roc-A-Fella Records, a reflection on the dynasty that was and what could have been took place.