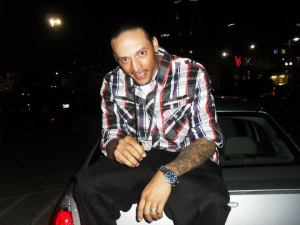 No one way is the right way to gain stardom and success never happens overnight. Propane (The Savage Prince of Boss City) has been on the road to stardom and success for fourteen years. Far from a little boy, yet still a young man, Propane has risen to become one of the most-popular rappers in the areas surrounding Shreveport and Bossier City in Louisiana.

Louisiana is currently a hot spot for hip hop, though the buzz is coming from New Orleans. A number of rappers in New Orleans and other cities are now trying to gain their portion of time in the spotlight. Cash Money Records has taken up much more than fifteen minutes, as they continue to release hits.

The Shreveport/Bossier area has experienced minimal success through Hurricane Chris who was relatively popular on the national scale from 2007 through 2009. Three years have passed since his run and the area is looking for a new champion. Each day, it becomes evident Propane will more than likely become this champion. Propane has a strong business relationship with Phunkdawg Exclusive, who is producing a number of songs for him.

Paired with his work with Phunkdawg Exclusive and his presence in the streets, Propane (The Savage Prince of Boss City) is one of the hottest unsigned Louisiana rappers. Taking things back to the days of Master P, Propane has been selling music out of the trunk of his car for years, but he also has his music in many local stores in the area. The strong work ethic of Propane has caught the attention of some power-players within the industry and he does have some big name collaborations under his belt.

Welcome Back Harlem
Chingy is bringing the “Jackpot Back”