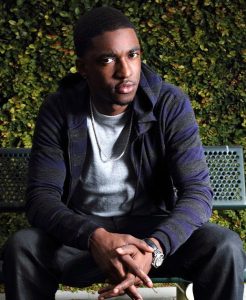 In a world where a computer is more relevant than print media and television, mixtapes have become the new demos and putting a video on television is no longer the only way to reach the masses. For major corporations, it is a nightmare, but for those looking for fame, it is a longtime dream finally come true. Paypa is among the number of new age rappers to use this method to gain fame.

Paypa is fresh off the release of his new mixtape, The Bottle. Before the actual release of the mixtape, the emcee who has ties in both Chicago and Los Angeles spoke with The Source. During their conversation, Paypa revealed the project was titled The Bottle because his emotions were trapped in one. There has been much emotion, especially with the legal situation of his label owners.

Overcoming this, for the most part, Paypa has put together a solid project. The mixtape boasts collaborations from Raekwon, Emilio Rojas, and Chip tha Ripper, along with many other up-and-coming rappers. Outside of the mixtape, Raekwon has been very influential, as Paypa basically credited him as a mentor.

Continue Reading
You may also like...
Related Topics:chicago, emilio rojas, los angeles, marcus black, raekwon, the bottle: henny on the rocks 2, the source