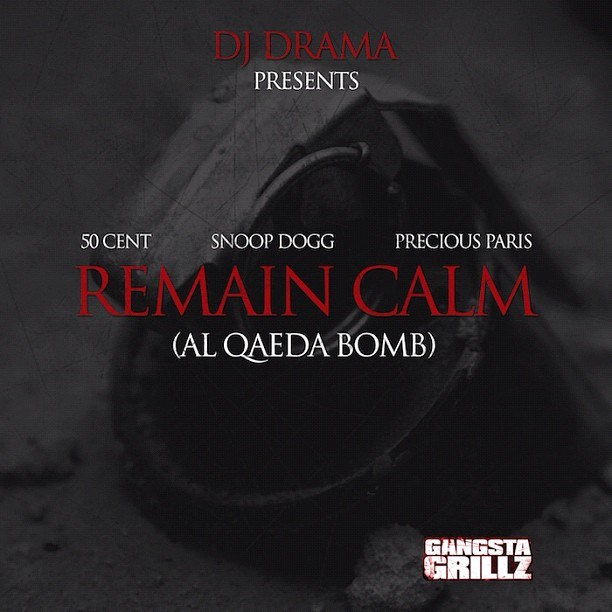 Reconnecting with Snoop Dogg at Coachella 2012 has led to more good things for 50 Cent. Despite all he has done, there are many counting him out. As he waits to release his new album, 50 Cent is finally preparing to release his DJ Drama-hosted mixtape, originally due in 2008. Due to the wait, 50 Cent has named the project, The Lost Tape.

The first single from the highly-discussed project has finally been released. Longtime 50 Cent supporter, Snoop Dogg, is featured on the single, alongside G-Unit Records newcomer, Precious Paris. 50 Cent unites the two for his single, “Remain Calm (Al Qaeda Bomb).”