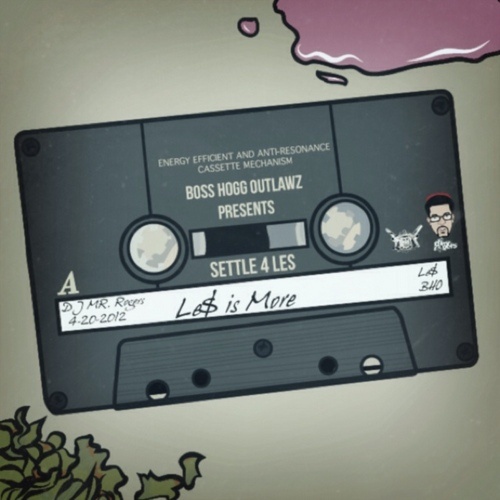 Over two decades ago, the Geto Boyz put Houston on the map with their single, “Mind Playin Tricks.” Well over twenty years since they debuted, the Geto Boyz are still relevant and they serve as the inspiration of a new breed of Houston artists. Houston’s 2005 breakthrough was led by former Swishahouse artists, Mike Jones, Paul Wall, Slim Thug, and Chamillionaire. With Houston returning to prominence, it is Slim Thug leading the pack with his Boss Hogg Outlawz label. Le$ is one of the most-popular up-and-coming Houston rappers, obviously behind Kirko Bangz and Marcus Manchild. However, Le$ recruits Slim Thug and Killa Kyleon to pay homage to the Geto Boyz with “Mind Playin Tricks 2k12,” which is taken from his Settle 5 Le$: Le$ is More project, due for release later today.