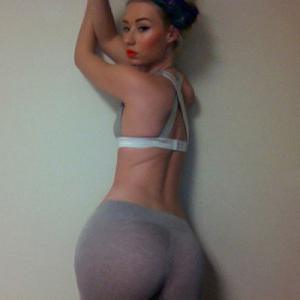 There has been a lot of discussion about Australian femcee, Iggy Azalea, dating back to last year. The blonde bombshell was signed by Interscope Records last year and has been working on her debut album since. T.I. caught wind of Iggy Azalea and he soon landed the role of executive producer of her debut album.

Since the turn of the year, T.I. has been in full-fledged business mode, signing several artists to his Grand Hustle Records. In the midst of his signing frenzy, T.I. reached a joint venture deal with Interscope Records, adding Iggy Azalea to Grand Hustle. A different look for T.I. and his label, Iggy Azalea’s album was revealed to be titled The New Classic.

Because she titled her album The New Classic, many have not had much positive to say about Iggy Azalea. Confident, Iggy Azalea said this will all change following the release of her album. While she continues to record her new album, Iggy Azalea will warm her fans up with an EP named Glory. On Twitter, she announced the EP for a May release.