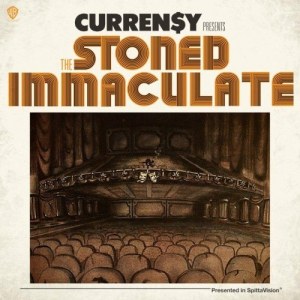 Before landing with Warner Bros. Records, Curren$y had two major label deals not work out for him. Initially, Curren$y, who is a native of New Orleans, was the first artist signed to current hip hop powerhouse, Young Money. At the time, Lil Wayne’s buzz was not very big, thus his label did not generate much interest.

After another failed deal with Damon Dash, Curren$y finally found the right label situation for himself. Despite failed deals with proven hip hop successes, Curren$y has proven to be a bankable star. With little-to-no support, Curren$y has made himself one of the most-popular rappers on the underground.

Now, however, Curren$y is preparing to take things to the next level with his latest album, The Stoned Immaculate. Over the past two years, Curren$y has released several popular mixtapes and street albums, which contain highly-popular songs. Now, Curren$y, who has already delivered such hits as “What it Look Like” with Wale, and other hits, has an album.