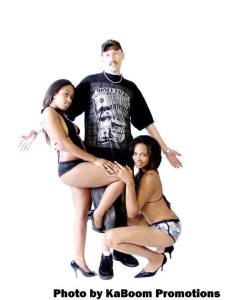 In a game all about numbers, there are not many who have the game mastered the way Michael Callahan does. For well over twenty years, many have gotten rich and created wealthy lifestyles for themselves, based off the hip hop genre. The internet, and the advances which have come along with it, have made it appear even easier to attain this lifestyle. Without moving from one place to another, people are finding artists online and becoming fans.

Several artists have simply used social media to become famous, gain record deals, or sell records. After watching so many artists do this, many others feel they can also duplicate the success of these artists. However, things are never as simple as they appear, so sometimes it is wise to request assistance. For those wise enough to request assistance, Michael Callahan can provide this on so many levels.

Among the companies Michael Callahan operates is ICE Promotion, an event promotional company, which puts artists out there in front of large crowds. Currently, he is offering time slots to those who want to perform at Black Bike Week in Myrtle Beach this spring. While he is offering time slots, there are several other events Callahan is managing through his ICE Promotion. One avenue where Michael Callahan is building a name for himself, and those who come to him, are the social networking numbers.

Artists who are willing to be a part of his system will watch their YouTube views, ReverbNation plays, and Facebook fans increase through working with Michael Callahan. Self-taught in gaining numerous, yet genuine, views, Michael Callahan takes pride in helping artists gain proper media exposure without having to compromise their style or have to spend obscene amounts of money. At an affordable rate, Michael Callahan is assisting artists as they become superstars, both on the internet, and allowing them to build real life fan bases through live performances at his events.