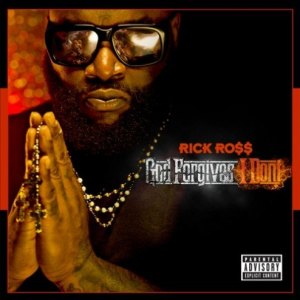 The past year and a half has been phenomenal for Rick Ross, as he has finally grasped the top spot in the game. From the beginning of his career, Rick Ross and those close to him, knew he would eventually be in this position. However, everything happens in time and Rick Ross’ big break came years after he first entered the game. Better late than never.

Rick Ross never ceases to amaze the masses with everything he does and the people he has in his corner. Despite his unresolved feud with 50 Cent, Rick Ross has collaborated with Dr. Dre. Weeks before Whitney Houston’s death, she visited Miami and attended Rick Ross’ birthday bash. In between his celebrity appearances, Ross has been making music the people cannot resist.

Entering last year, Rick Ross was considered one of the biggest rap names in the game and not many saw the vision of Maybach Music. There are many who use the phrase “I can show you better than I can tell you” and Ross did just that when he signed Wale and Meek Mill and then caused a bidding war. Simply promoting Maybach Music and doing collaborations, Rick Ross had a highly-successful year, being the most-recongizable face in hip hop throughout the year. Rick Ross originally intended to close the year with a big win, the release of God Forgives, I Don’t.

Initially, Rick Ross planned to release his God Forgives, I Don’t album on December 13, 2011. However, two seizures two months before the release of his album forced Rick Ross to the sideline, as his team was not willing to risk the franchise player. Rick Ross recovered and was soon back on the scene. While the album was not released on December 13, information about a new mixtape from Rick Ross was released. Making it up to his fans, Rick Ross delivered his Rich Forever mixtape, which has 10 million downloads in three months being released.

Before the numbers of the mixtape were released, many argued about Rick Ross’ low record sales. But, the fact of the matter is there are not many who will buy what they can get for free. For years, the problem in music has been free downloading. To combat this, many hip hop artists began releasing their mixtapes online for free. Rick Ross did this and finally crossed the elusive platinum threshold. Still, Rick Ross detractors argue people still will not by a Rick Ross album, despite requesting his singles for radio play, repeatedly.

There are very few artists fans will actually go out and buy albums from. Given everything Rick Ross has provided to the game, in less than a year with the Maybach Music run, he may now fall into this category. On each album, Rick Ross adds a little something new, while picking up an older element. As the new face of the rap game, Rick Ross has production from Dr. Dre and a verse from Jay-Z, a feat easy to accomplish two decades ago, but something saved for a very special artist now. For those who have not followed hip hop over the past two years, Rick Ross is a very special artist.

Currently, the entire industry is looking toward Rick Ross and his Maybach Music for hits, as are other artists, including the veteran artists. With so much interest generated in Rick Ross, it is likely this time around, fans will come out and buy his albums, as they do for the likes of Drake and Nicki Minaj. When he released his last album, Rick Ross was not as popular as the Young Money camp, but he is now an artist they go to for collaborations, two years later. Given the numbers his mixtape did and the success of “Stay Schemin,'” the first single off the mixtape and likely off God Forgives, I Don’t, there is nothing Rick Ross cannot do.

With his proven track record, it is logical to consider Rick Ross’ God Forgives, I Don’t going diamond upon its release. Can Rick Ross sell 10 million albums, as was his goal on his previous album, Teflon Don?