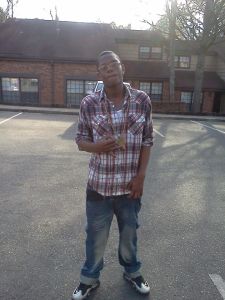 Many of the hottest rappers are on the streets. From the streets of New York City down South to Charlotte, North Carolina, the Riot Squad and their branch, Young Riot Squad, are making major moves. One of the hardest-working members on their roster is DJ YRS Jerzy, who juggles schoolwork and power moves on a daily basis. The phrase “age is only a number” applies to Jerzy, as he is making big moves at the age of eighteen.

Among those DJ YRS Jerzy is on a first-name basis with include Shorty Mack and Billionaire Boyscout, the producer of French Montana’s 2011 hit, “Choppa Choppa Down.” However, DJ YRS Jerzy has made a name for himself, outside of his connections. Currently, DJ YRS Jerzy is preparing to star in an up-and-coming internet television program, in addition to lining up more mixtapes.