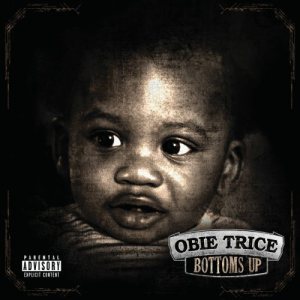 Despite his time in the game and the music he is made, Obie Trice is still best-known for his 2003 single, “Got Some Teeth.” The song was a typical Shady Records track, as it was comical, similar to the music Eminem was making at the time. At the time, many saw Obie Trice as a background artist in the Shady Records camp, not believing he could branch out on his own.

On Bottoms Up, which continues the drinking trend, Obie Trice establishes his own identity, as his own man. As Obie Trice stated in a recent interview, the album is classic Obie. While classic Obie, he does help to establish himself in his own right. Paying homage to where he came from, he did feature Eminem on the album on the “Richard” single, lyrically holding his own against Eminem, considered by many one of the all-time greats. The song caused a craze on the internet, but aside from the collaborations with newcomers Adrian Rezza and Drey Skonie, on “Battle Cry” and “Spend the Day,” alongside the collaborations with MC Breed on “Crazy” and the aformentioned “Richard,” Bottoms Up features no voice, other than Obie.

Remaining affiliated with the Shady/Aftermath camp, Obie Trice featured production from Dr. Dre on the album, also. In the end, another solid album was provided by Obie Trice.